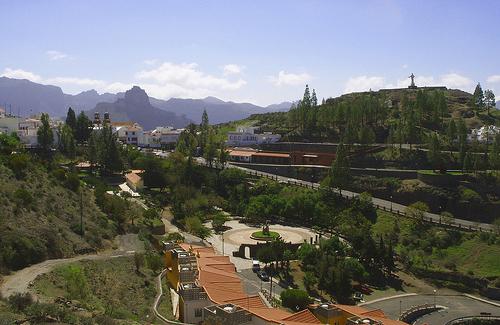 Artenara is the highest and least populated townin Gran Canaria. It offers surprising landscapes, from its town center are called the great perspectives. Artenara is the great balcony from which to take in the pine forests, the coast, the rocks and ravines which stretch to the summit.

The township also boasts rich ethnographic traditionsincluding peasant customs, pottery, craftsmanship and a broad array of festivals throughout the year. Taken together, this constitutes a valuable legacy. One of the most characteristic elements of this ethnographic heritage is the cave house, vestiges of the island’s troglodyte population. Even today many locals live in modern cave houses, construction that is present in all the villages of the township.

The visit can start in the Plaza de Artenara, the highest townshipin Gran Canaria, which houses the San Matías temple, the Town Hall and the Parish House, as well as some bars and restaurants.

The Monument to the Piqueros is a beautiful piece of sculpture, the work of Manolo González, erected in August 2004, a tribute to the quarrylaborers who etched out the town’s cave dwellings. In this sculptural scene, the cave provides a lasting symbol.

The Mirador (lookout point) Corazón de Jesús is perched on La Cilla mountain top. To reach this spot, visitors follow a path that leads to the right of La Cilla’sentryway. The viewpoint is crowned by a sculpture dedicated to the Heart of Jesus, placed in 1996, the work of the sculptor José Luis Marrero.

In the New Park, integrated in the surroundings and centrally located, the sculpture Homage to Canary Folklore is erected, a stunning piece that represents a tiny Canary ukulele-type instrument called the timple carved in Tindayastone, the work of Manolo González. Its environment offers considerable vegetation of mainly chestnut trees, almond trees and several examples of Canary flora. In the immediate vicinity there is the public swimming pool and the Manuel Díaz Cruz park, entertainment area, with barbecue facilities and playground.

From the Mirador de La Atalaya you can see the villages of Las Cuevas, Caidero and Chajunco. Most of the locals live in modern caves that are cool in summer and warm in winter. Also, without moving from the place, we can see the extensive Tamadaba pine forest. 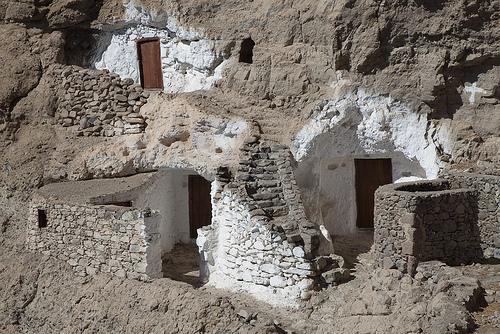 The cave house ‘Santiago Aranda’ is an old home built in time immemorial and probably was the dwelling of the ancient pre-hispanic population that inhabited ancient Artenara. The cave was acquired in 1962 by Santiago Aranda who refurbished it preserving the traditionalcharacteristics of this town, without any external construction.

In the Hermitage of La Cuevita the first thing that catches our attention is that it is entirely carved in the rock itself, from which the altar, the pulpit, the confessional and the choir have been hewn. The Virgen de la Cuevita is the patron saint of the Canarian Folklore and the Gran Canarian cycling and its feast is celebrated on the last Sunday of August with great solemnity and participation of the pilgrims.

The Balcony of Unamuno was built in 1999 in the framework of the opening of the Ruta de Unamuno in Gran Canaria to commemorate Unamuno’s stay on the island, in 1910. In the viewpoint there is a sculpture of the famous writer and philosopher, the work of Manolo González, who represents Don Miguel de Unamuno in a contemplative attitude taking in the landscape.

The local celebrations are dedicated to San Matías, on February 24, to San Juan Bautista, on June 24, and the most traditional and popular: the feast of the Virgen de la Cuevita (which is locally considered patron of cyclists and of Canary folklore), which is celebrated on the last Sunday of August.