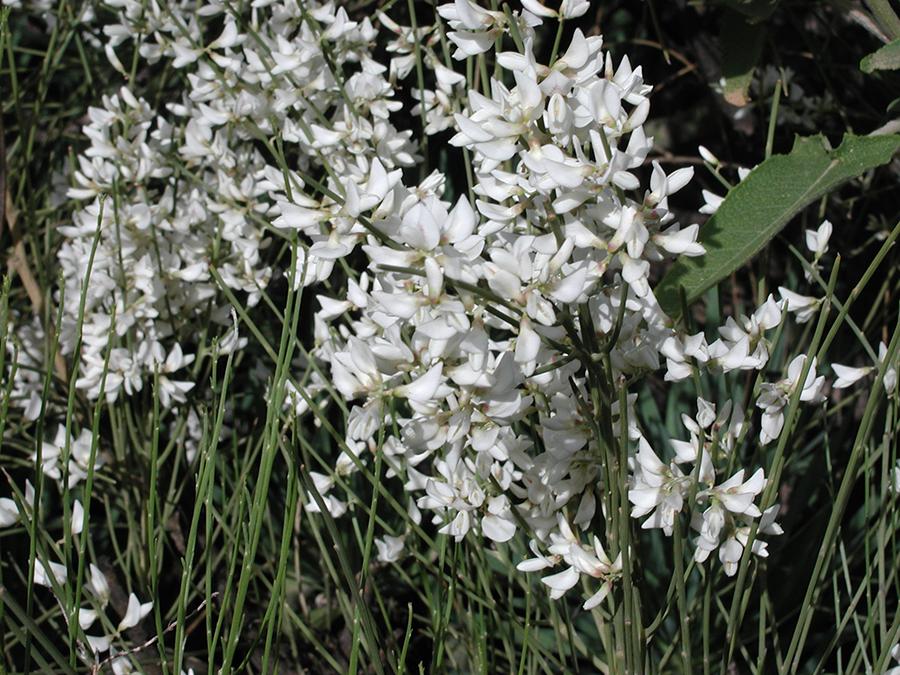 The Barranco de los Cernícalos ravine is part of Los Marteles Special Natural Reserve. It borders the boroughs of Telde and Valsequillo and is the last enclave of greenery in the southeast of Gran Canaria. Surface water running over the area has created an ecosystem in almost perfect ecological harmony. Three different vegetation zones can be seen along the 12 km of the ravine, from Caldera de los Marteles to Tecén. The site is under a high level of protection, as it’s home to the best specimens in Gran Canaria and perhaps in the Canary Islands of the native willow, Salix canariensis, which form a true riparian forest.

Getting there: Saturdays & Sundays
9:00 am. Global bus No. 12, from Las Palmas GC to Telde.
10:00 am. Take the bus to Lomo Magullo, run by Telbus, from the stop in Calle Alférez José Ascanio, in San Gregorio (Telde).
First bus from the station in Las Palmas de Gran Canaria (San Telmo).
Starting point: Lomo Magullo
Level: Difficult
GLOBAL reserves the right to change this information. 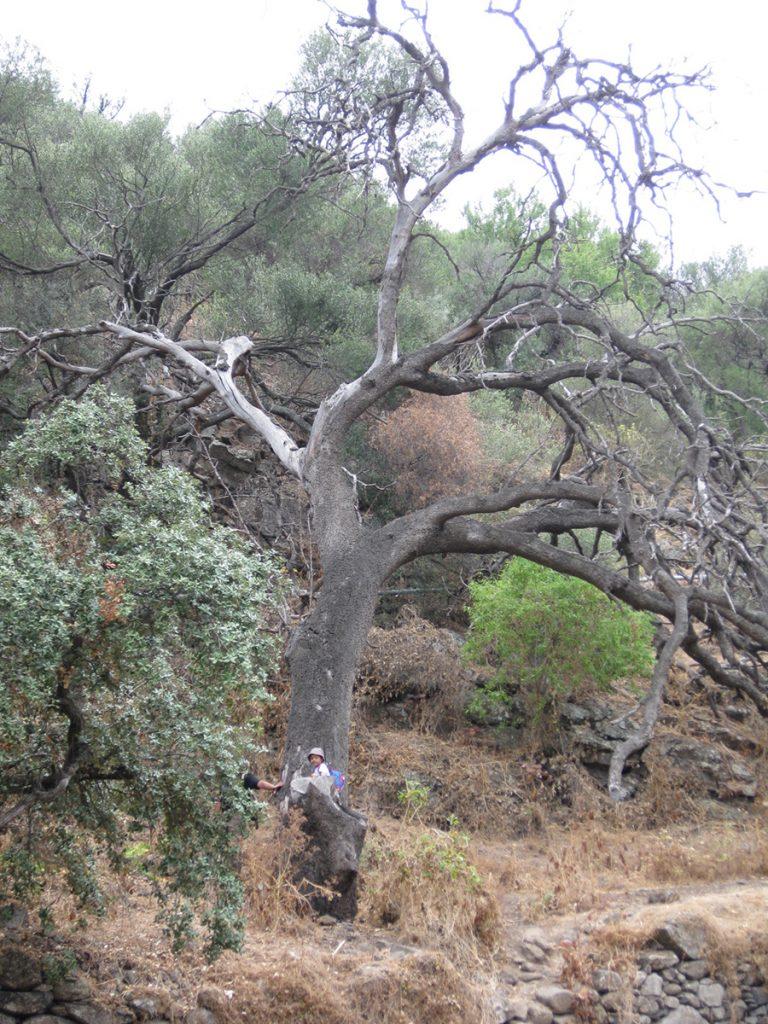 There are many choices for visiting Barranco de los Cernícalos. This large ravine, in Los Marteles Special Reserve, offers hikers a variety of options for enjoying a day out and learning about a fascinating ecosystem.

The suggestion described here is the traditional route that leaves from the parking area in Los Arenales. The walk starts out on a dirt track but shortly afterwards you’ll be walking on a concrete path right to the start of the ravine bed.

Go along the bed of the ravine until you reach a dirt track on the left, a few metres above the bottom of the ravine. It’s important to find this track after you’ve been walking about five minutes along the ravine bed, because it’s much easier to walk on.

In the last few years several accidents have occurred in Barranco de Los Cernícalos, including unfortunate deaths of hikers who’ve slipped and fallen in this rugged setting. 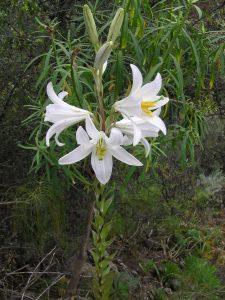 For many years ecologists sought special attention for this ravine and after decades of initiatives to raise public awareness, it’s now very well kept.

After the area with tall trees and a few fallen trunks, walk on the path next to a metal pipeline. Because of an increase in visitors, several tracks and paths have been created, making it difficult to describe any particular route. It’s advisable to keep following the ravine bed or walk as close as possible to it, until you come to the area known as “the beach”, where you’ll find some large pools to take a dip in. It’s also a good spot for a break. From this point the path divides. You can continue on the same track as you came on (left as you look up the ravine), or cross over the small stream and continue on the right of the stream. The first option is recommended.

As you start to enter a leafy area, let your intuition guide you to find the most convenient path. For excursions into the ravine it’s best to go with someone who knows the area, although you don’t need to go right to the end, where the large waterfall is (known as the “canon”, because it comes to a dead end). In any part of the ravine you’ll find a place to enjoy the scenery and take a break next to the stream, under the shade of the enormous willows. 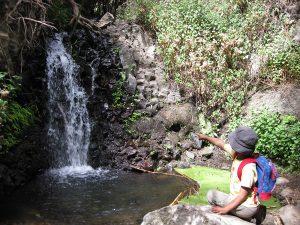 Water enters the Cernícalos ravine through the Blanquizal and Guinderos galleries, although many years ago there were springs at this site.

The Blanquizal gallery is in Cuevas Blancas, behind the rural area of Cazadores, at an altitude of approximately 1100 m and is about 2 km long. The Guinderos gallery lies 4 km from the Blanquizal gallery, near Portillo (La Breña), and is 1800 m long.

Neither gallery follows a straight line. The galleries go down into the earth until they meet a basalt aquifer or possibly one or more perched aquifers. The galleries belong to the association for the holders of water rights known as Heredad de Aguas del Valle de los Nueve, an institution with more than 500 years of history. Since 1501, this association of more than 700 members has used the water from the numerous springs and run-offs of this ravine for agriculture. In the early 20th century, seven galleries were carved into the ravine in search of underground water, although these days the water flows above ground in this natural environment.