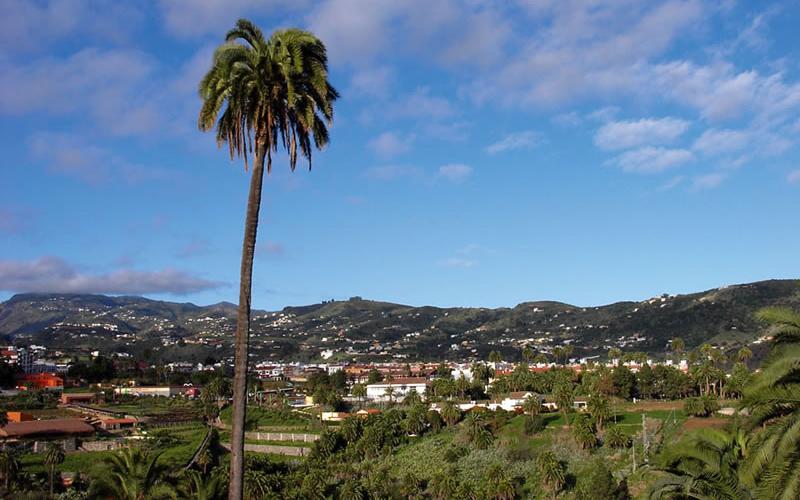 Visitorsto Santa Brígida, a must-stop on the route to the island center and a crossroads, discover a beautiful garden area where traditions have marked historical development.Nostalgic, endearing, beautiful and well-maintained, Santa Brigidaencompasses many natural resources that make it anidyllic place to visit andalso to live, a bucolic dwelling brimming with fragrance and greenery.

Perhaps because of its natural charms, or perhaps because of its friendly people, the Villa currently enjoys the privilege of being a much sought afterresidence. Tourism has recently demanded places of leisure and recreation. Many ancestral mansions have been transformed to house citizens of other lands; fundamental base of a resplendent tourist development in the island’s midrange mountains.

Tafira Protected Landscape: Mount Lentiscal is characterized by the abundance and variety of tree species. Here we find mastic trees, seedlings, mocanes, strawberry trees, dragon trees, wild olive trees, junipers among many other specimens. which have given rise to different place names in the area. Today muchwooded land has been destroyed by massive construction. However, the cultivation of grape vines endures, forming a landscape in which wine is the dominant element.

The Bandama Natural Monument: This area covers about 325.7 hectares, where we can find a field of recent volcanoes that offer visitors important views of the Center – East of the island.

The Satautejo Palm Grove covers an area of 30 hectares, bordering on the old town of Santa Brigida and its access roads.
Barranco Alonso Interpretive trail: It starts at the Las Meleguinas Bridge, two kilometers from the town center, along the road that leads to La Calzada. This is a short 2-km journey, but allows you to know walking the intricacies and secrets of the relief, flora and fauna. The ravine is part of the upper course of La Angostura and runs between one of the walls of Lomo Espino and the wall of Hoya Bravo. In addition, at the end of the trail, the walker can enjoy one of the most beautiful stretches of the route, with the view of the oldest dragon tree on the island, the impressive Drago de Barranco Alonso. It is a relic of botany, which is the plant symbol of the Villa and is, literally, hanging from the cliff. The roots carry out the wise mission of holding on to the farm of the marquisate of Arucas. This has endured at least five centuries.

Wine Route in Santa Brígida Township: Los Lagaresis the first stop on this wine route, located in nearby areas of the Bandama volcano, forming one of the most spectacular elements for winemaking. There are seven wineries in all. In this same area we find a manor house of traditional Canary style and at very short distance we find La Cruz del Inglés, between the townlimit separating Santa Brígida and Las Palmas de Gran Canaria. This crossing commemorates the important victory against Captain Van der Does. We continue to the Caldera de Bandama, whose name comes from Daniel Van Dame, a seventeenth-century Flemish merchant. If we take the road we arrive at Monte Lentiscal, a viticulturalcenter. The ascent to the Caldera allows us to observe farms where grape vines are cultivated, located in lava fields, the so-called picón. For this area we must highlight the Hacienda and Flick familywinery.

Cueva de Los Frailes: This places show the aboriginal past is located next to the Calzada bridge, excavated in the Caldereta volcano. It owes its name to two friars, Juan de Lebrija and Diego de las Cañas, who asked Pedro de Vera for permission to let them intercede with the aboriginal rebels. Finally, the aborigines were apprehended and thrown by the cliff into the ravine. This deposit is formed by 37 natural caves and was discovered in 1933. 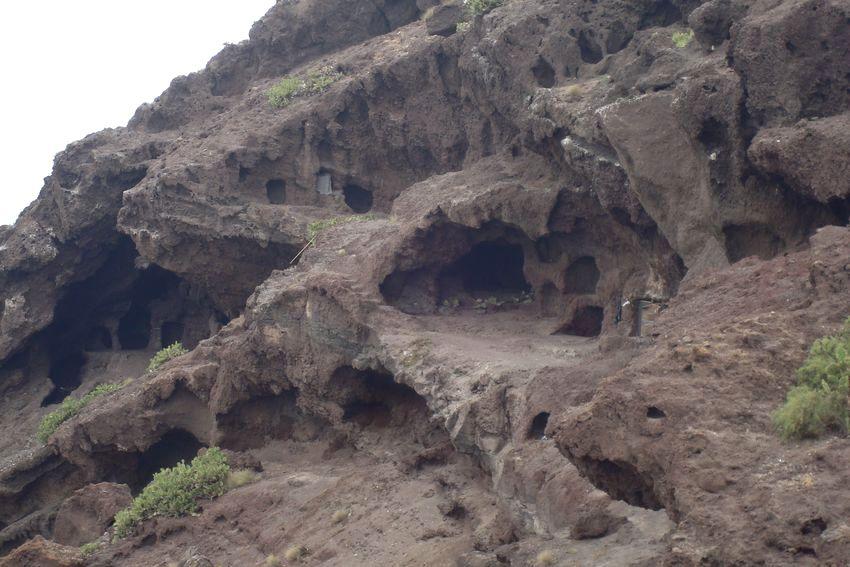 Cueva de los Canarios: On the north wall of the Caldera, difficult to access, this cavewas a barn for the ancient Canary people. There are important Libyan-Berber inscriptions, known since the 19th century. From this site come some vessels that are part of the Canary Museum collection.

Valle de La Angostura: La Angostura and Las Meleguinas offer numerousab original traces ofinterest. These are groups of caves excavated in rock, silos and sidewalks; its importance has led to the declaration of the region as a treasure of cultural interest (archaeological zone). 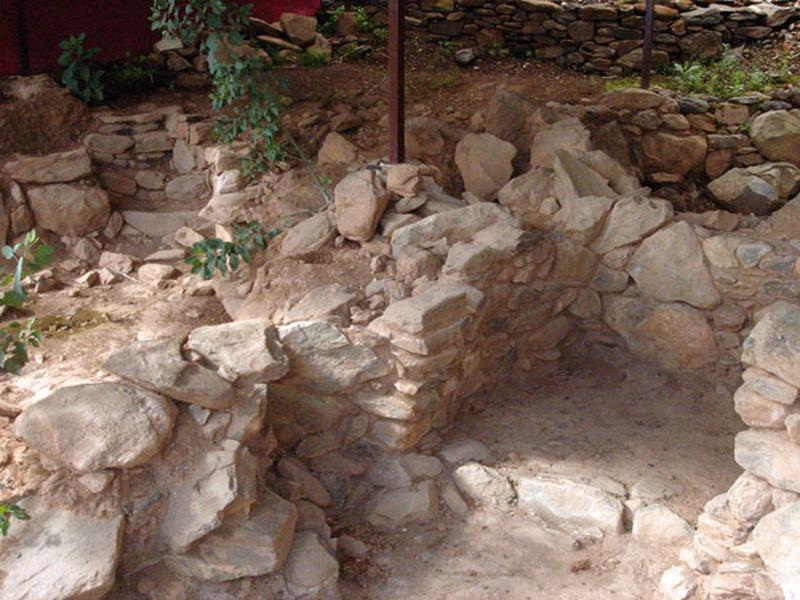 El Tejar: Near La Angostura, the archaeological site is El Tejar, namedfor an ancient tile kiln, existing since the 16th century, owned by Hernando de la Feria. Discovered on July 16, 1988, you can see the remains of a dry-stone wall that suggests the existence of an aboriginal house or the formation of a burial mound. Pieces of pottery, pots or carvings and curious pintaderas (carvings in stone) have been found there.

Los Silos: Old payment of Santa Brígida located on the road to Pino Santo. In this one there were a dozen silos in which Canary aborigines kept the grain. Some were buried or reused as wells.