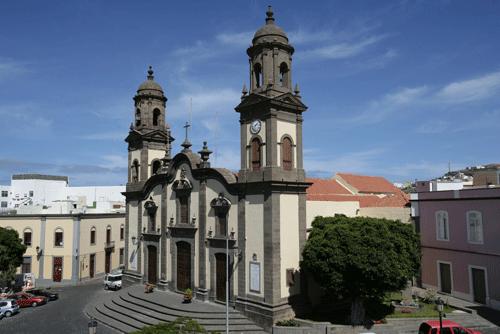 The town of Santa María de Guía offers various leisure pursuits and visits for anyone who are keen to take in architectural works and natural spaces.

A tour of the streets of Santa María de Guía allows us to appreciate the beauty of its buildings, particularly after the process of painting and embellishing the houses that envelopes us in a world of color and joy, transporting us to the splendor of this township.

The historic center was declared a National Historic-Artistic Monument in 1982. Among its buildings we would highlight the parish church, whose neoclassical facade are flanked by two lateral towers. Its interior houses impressive works of art, including the altarpieces and images by the sculptor Jose Luján Pérez, a native of this town. In the church you can also visit the Camarín de la Virgen where the patron saint rests. Different pieces of goldsmith are exhibited, among which stand out the silver baldachins that frame the image of the Our Lady of Guía. There are also textile objects such as some mantles of the Virgin, banners, palliums, dalmatic chasubles, capes and cloaks used in times past by the clergy. 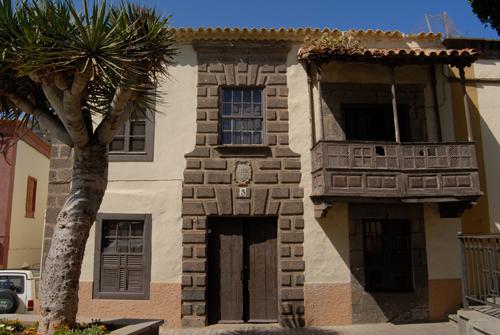 The House of Los Quintana is another example of the town’s architecture, located in the main square, its building dates from the seventeenth century. The Canary-Mudejar balcony stands out in wood and the coat of arms of the Guanarteme and Quintana families. The House of Néstor Álamo located on San José Street is worth a visit. Built in the seventeenth century, it was recently restored by the local authorities for use as a museum in honor of this author. 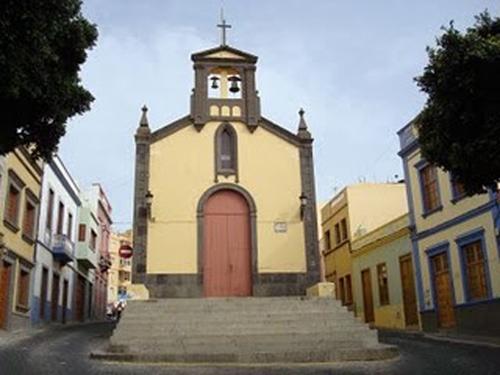 The San Roque Hermitageis also part of the historical heritage. It is located in the square with the same name, in the upper part of the city. It is a relatively modern building of neoclassical style, made with locally quarried lime and stonework. The Hermitage of San Sebastian is a typical Canary hermitage built in the sixteenth century and recently restored to its original style.

As for the town’s natural environment, we would highlight the Special Natural Reserve of the Heath (in Spanish, Brezal), composed mainly by laurels, heather, heather, firetree and buckthorn (granadillos). 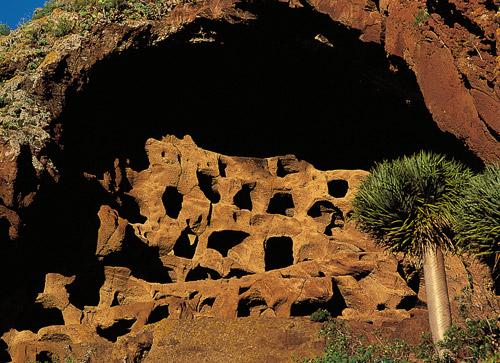 Another characteristic site in the Guíaarea is the Cenobio de Valerón , an archaeological complex declared of cultural interest in 1978. The Cenobio was a great fortress granary where the pre-hispanic population stored their surplus in the hollowsthey excavated in the stone.

Another local archaeological site, Tagoror del Gallego covers an area of semicircular shape in which three thrones made of stone excavated in the mountain and surrounded by what could be a kind of raised area. It is believed that it could have served as a hall of justice.

August
The Festivities of Our Lady of Guía, are the main observances celebrated throughout the month of August. They include diverse activities, among them:

September
Feast of Las Marías. Third Sunday of September, with the traditional ‘Bajada de la Rama’, and the Pilgrimage-Offering that accompanies the procession, in thanksgiving for the intercession of Our Lady during a locust plague.