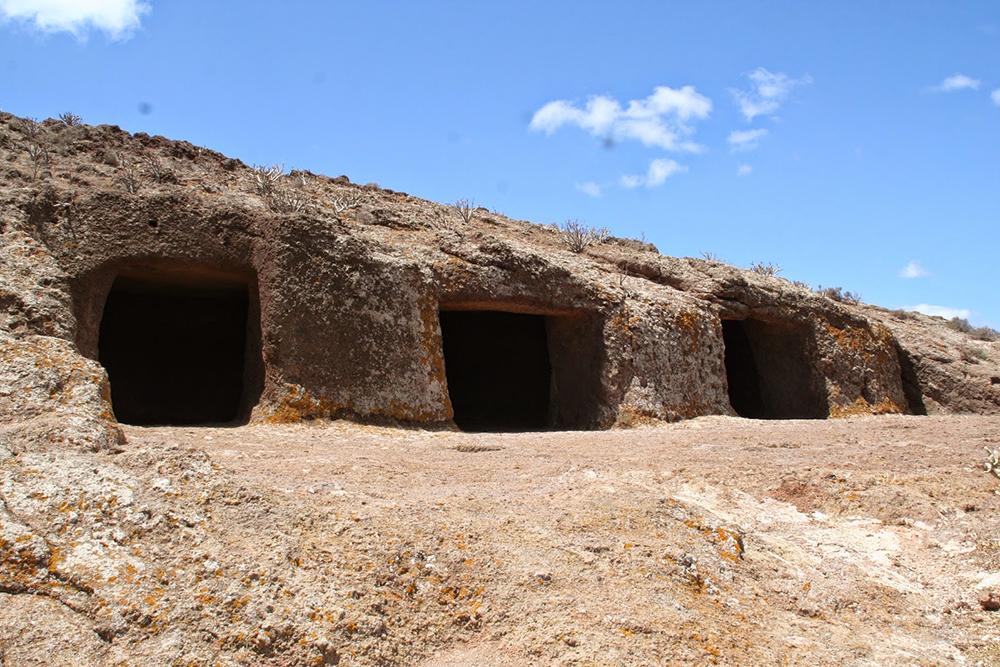 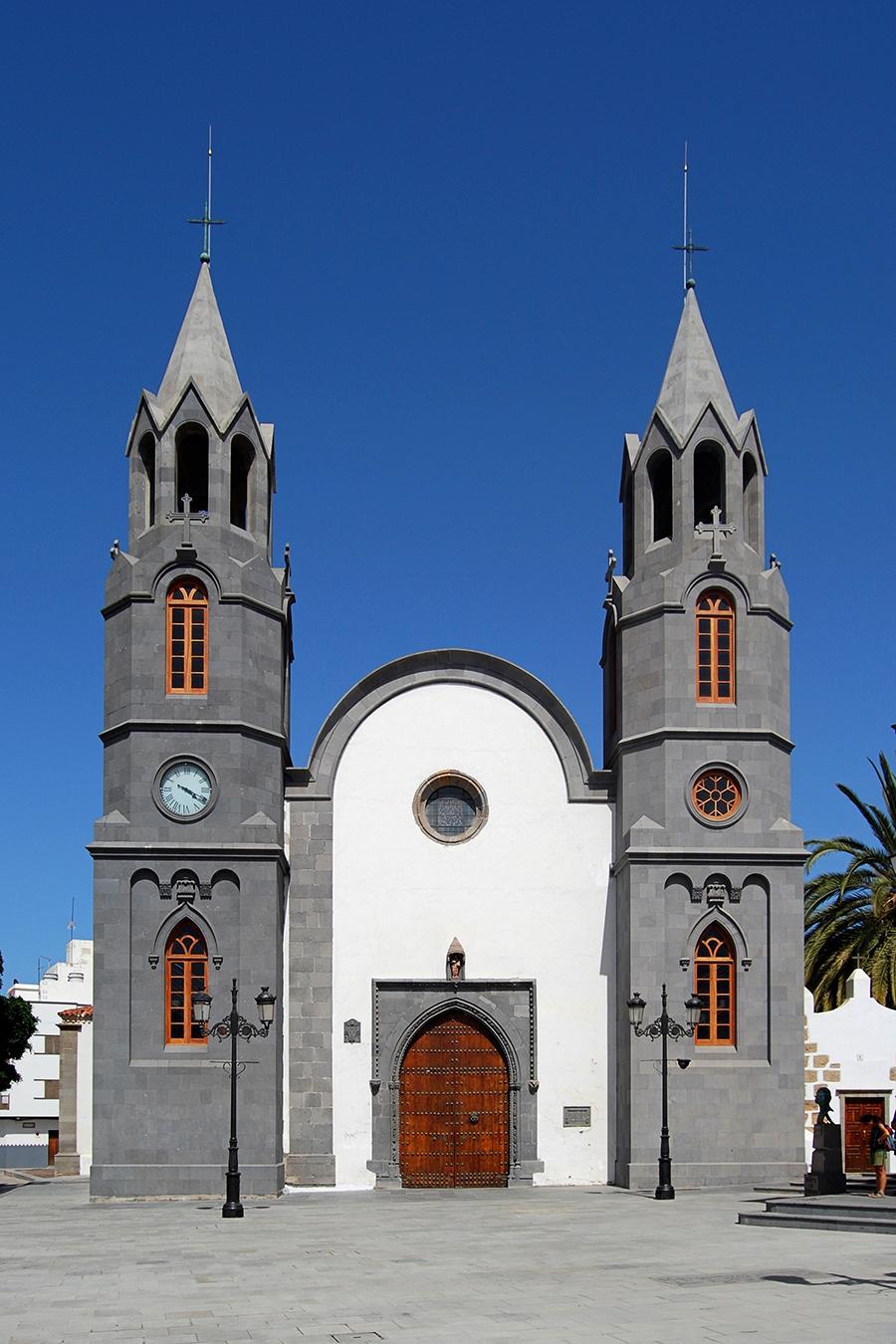 In 1351, after the promulgation of the papal bull “Coelestis Rex Regum”, the first diocese of Las Fortunadas (as these Islands were then called) was created on this site and procured the title of city.

Telde was the head of one of the two Guanartematos or aboriginal kingdoms in which the Island was divided for decades. When the Castilian conquest concluded in 1483, a new city was erected dedicated, almost entirely, to the farming and commerce of sugar cane. Its economic primacy and the strength of a society of enterprising folk made the township rich and prosperous, which led to a remarkable social and cultural life.This old city preserves a rich tapestry of archaeological and historical-artistic heritages.

Today Telde is Gran Canaria’s second largest city, with some 100,000 residents, of which 60% are under thirty years old. Industrial and commercial center of the first order, it has been characterized by the recovery of the urban landscape. It is also known for offering large leisure spaces along with cultural and sports facilities.

Telde has one of the largest monumental and cultural settings in the Canary Islands, an example of which are the founding centers, where the simplicity of Mudéjar is harmoniously combined with other architectural styles.

Telde’s history dates back to pre-Hispanic times. It was known as one of the two great centers or kingdoms of the ancient Tamarán (Gran Canaria) and both the city and the entire township are full of vestiges of ancient Canaries, with some one hundred archaeological sites. Also, there are references to Telde prior to the Conquest. The most striking is the creation by Pope Clement VI of the Diocese of Telde in 1351 at the request of the first European settlers of the Islands. 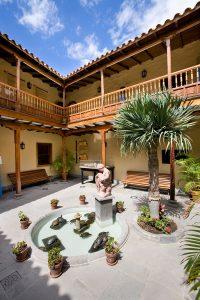 Later, in 1386, Carmelite and Augustinian friars settled here, until around 1391 the islands would descend the Sima de Jinámar. After the Conquest, in 1483, Telde became a rich and prosperous farming, industrial and commercial center, with a remarkable social and cultural life, ranked fourth in population in the Archipelago.

Ascending along Ines de Chemida Street next to a rudimentary arcade that forms a beautiful aqueduct we reach Santa María La Antigua or San Francisco, one of the oldest neighborhoods of the Canary Islands, of small houses, whitewashed, with roofs of gabled tiles, doors and tea wood windows of green and purple, charming cobblestone streets, peace, simplicity and harmony. This historic artistic enclave continues to preserve its traditional architecture.

To get to Llanos de San Gregorio or Jaraquemada, now a commercial area, with hectic, bustling life, we have to ascend from the four corners through the streets Julián Torón, Pérez Galdós and Avenida de la Constitución.

The Church of San Gregorio Taumaturgo appears majestically before our eyes, with its neoclassical design, it is the center of this populous trading district as well as its renovated Plaza de San Gregorio, which has been redesigned, highlighting its music kiosk. Touring the neighborhood, we see all kinds of buildings, two-storey houses with stonework doors and windows, made under arches and developed in height. Here the merchant bourgeoisie established their shops.

Telde, also known as the city of the Faycanes or ancient aboriginal priests, has more than a hundred archaeological sites.

Tufia, Cuatro Puertas, Llano de las Brujas, Tara, Cendro, present pre-Hispanic cultural remains. In each of these archaeological sites we can discover a world where legend and history come together to fill visits with overwhelming mystery.

We can discover, spread across this varied geography, from the majestic volcano of the Caldera de los Marteles crowning the mountain heights, to the curious field of fossil dunes that extends through the Arenales de Tufia. Along with this, we must not forget the township’s beautiful rural corners. On the other hand, the ravines, streams and drainage arteries, also constitute unique natural spaces offering ecosystems that boast of important biological diversity.

Telde has some of the most extensive coasts in the east of Gran Canaria with approximately 10 km, a long basalt cliff where spectacular geomorphological elements and beautiful beaches emerge.

It has a chain of beaches very different from each other, from the most sandy to which is a simple scree, its coastal avenues are unique in terms of design and they are meeting points for thousands of people who come to the coast . Among the most important beaches are: 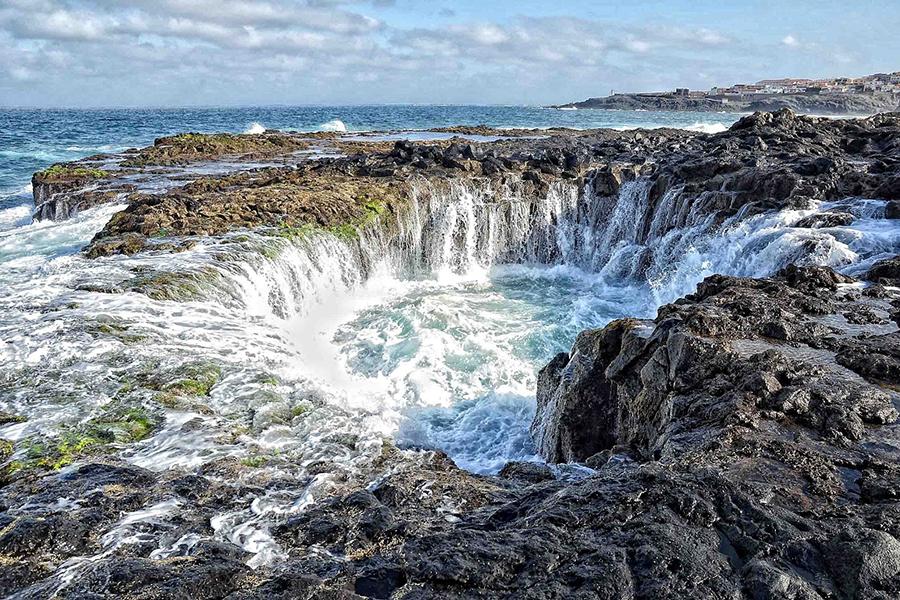 Basket making has a long tradition in Telde, the manufacture of the popular Canarian knife, loom and natural dyes, pottery and works on iron and metal.

The tourist can visit some of the craft workshops that are located in the oldest neighborhoods of the municipality, where it is possible to see the work in situ and acquire a product.

Also, Telde opens every Saturday in the town center a street market and every Sunday in the neighborhood of Jinámar, where it is possible to buy local products and artisan objects.