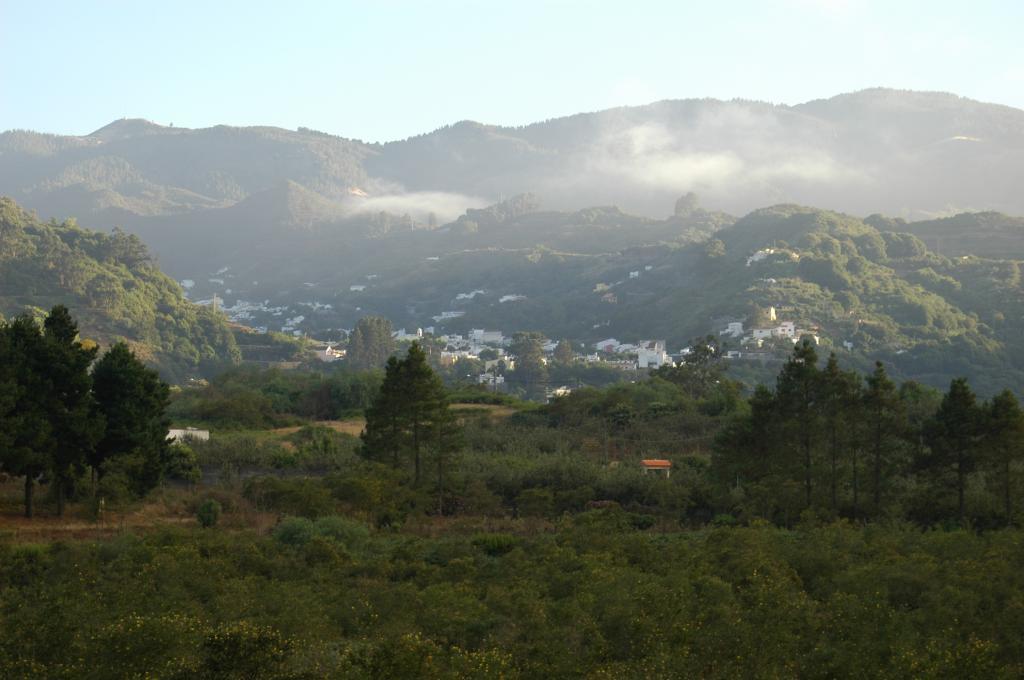 Valleseco is the youngest town in Gran Canaria. Until 1842, it was a neighborhood of Teror. In that year, on January 29, the local people elected their first town corporation. Vallesecoismadeoftwomainravines, Barranco de la Virgen and Barranco de Madrelagua. There is also a drier, centralvalle from which the town takes its paradoxical name. At 1000m. above sea level, Vallesecooften seems to be wrapped in sea of clouds, which gives the area its intense green landscape. 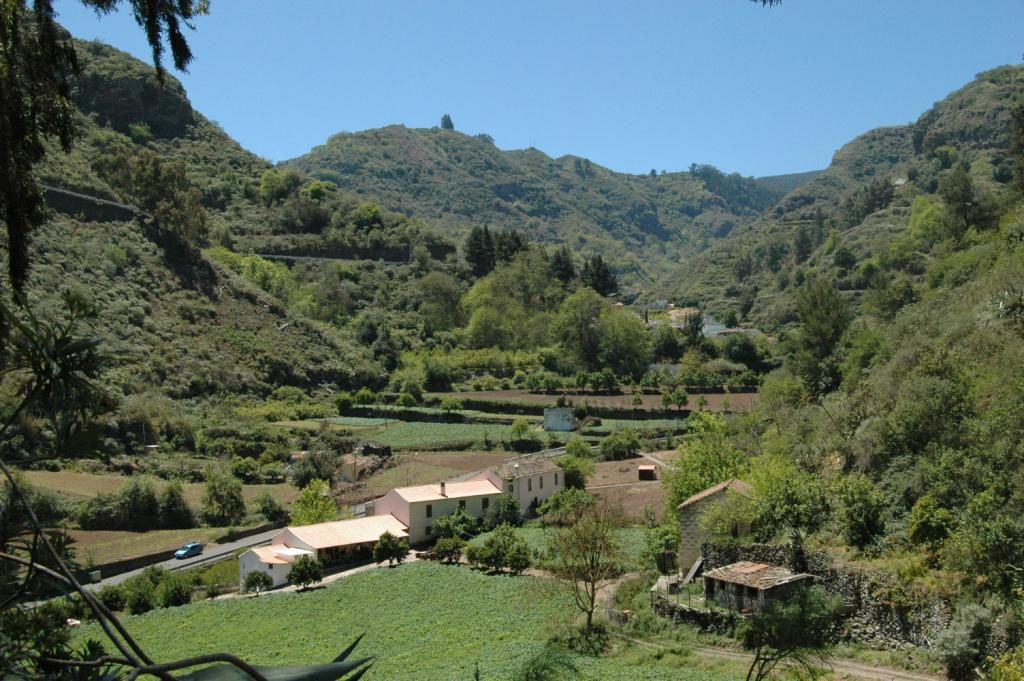 As part of the Rural Park of Doramas, the Barranco de la Virgen contains remnants of the laurel forest, which in its day covered most of the island’s interior. Especially notable is one of its tributaries, the BarrancoOscuro, which with the category of Integral Natural Reserve enjoys maximum protection within the Canary IslandsNetwork of Natural Spaces. It runs between sharp cliffs that have preserved an endemic flora unique to this area. The rooster crest (Isoplexischalcantha) and the white sage (Sideritis discolor) are two of these singularspecimens, of which only a few remain. Because of its abundance of water and its fertile lands, farming has long flourished in the area, establishing several estates and manor houses of traditional architecture, which even today can be admired throughout the entire ravine. Vestiges of old mills also testify to a past linked to water.

This agricultural wealth and its curvy roads, which once linked this area, meant that the Valsendero neighborhood saw the establishment of an early hermitage in honor of San Luis Gonzaga. From the needs of the countryside, artisan crafts also emerged. In this area, visitors can find basketmakers whose handicraftdevelops using only raw materials obtained from the surrounding environment.

This area offers a breathtaking landscape formed by a wide volcanic caldera surrounded by chestnut trees, elms and pine groves in whose interior we find a traditional Canary house of the late 19thcentury with a gabled roof. Around an extensive esplanade where the typical products of the area are grown: potatoes, cereals and apples, and on one side the laundry of Calderetas with its typical tiles for washing clothes. 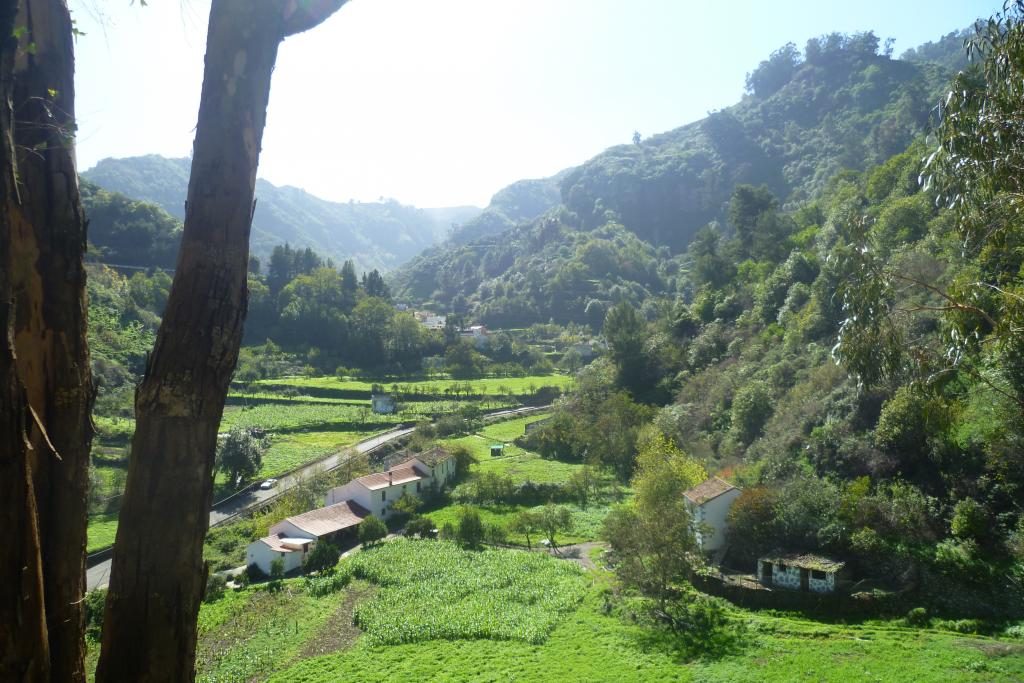 Its historical origin goes back to the conquest of the island, like that of other farmhouses that we find if we continue our journey: Cueva Cork, Crespo, Almaderos, Galaz Tables. To delight our eyes, huge areas of pine and chestnut trees were reforested where there were only vacant or grazing lands. Sometimes, you can see sheep and lambs perched on the slopes of two of these cattle that still live in the area. In the distance, if the sea of clouds allows us, we can see splendid views of the capital. 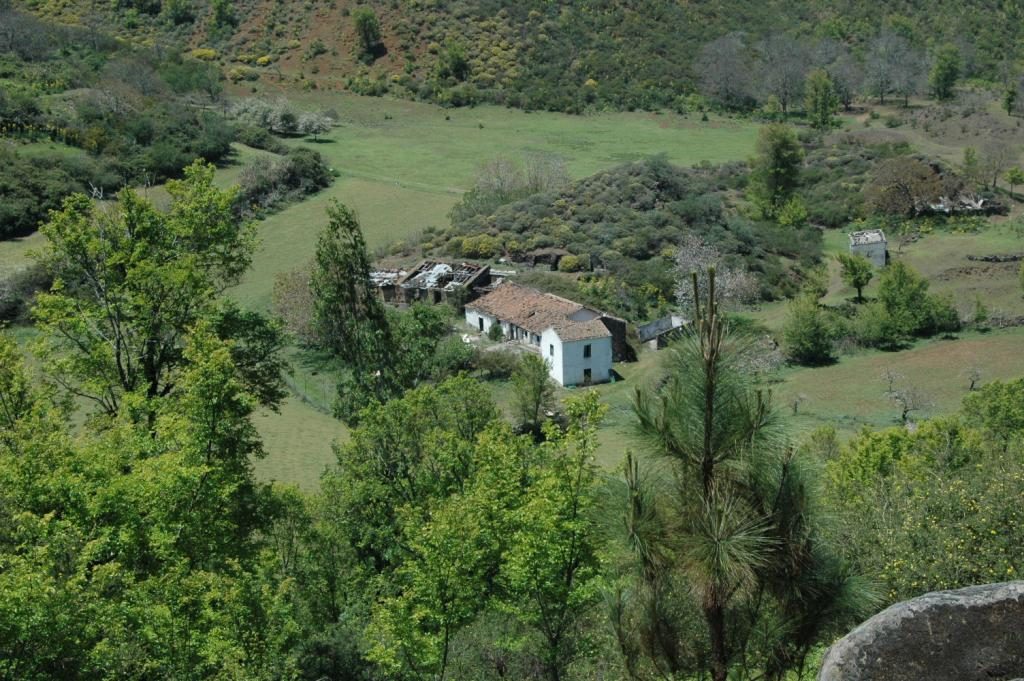 Near the Montañón Negro, the landscape becomes rugged and arid, revealing its recent volcanic origin. With a height of 1,500 meters, it rises to form the town’s southern limit, running along the Barranquillo del Maipés, which connects with another ravine, the Barranco de la Virgen. Due to its unique geological characteristics, it has been declared a Natural Monument, forming part of the Canary IslandsNetwork of Protected Natural Spaces. 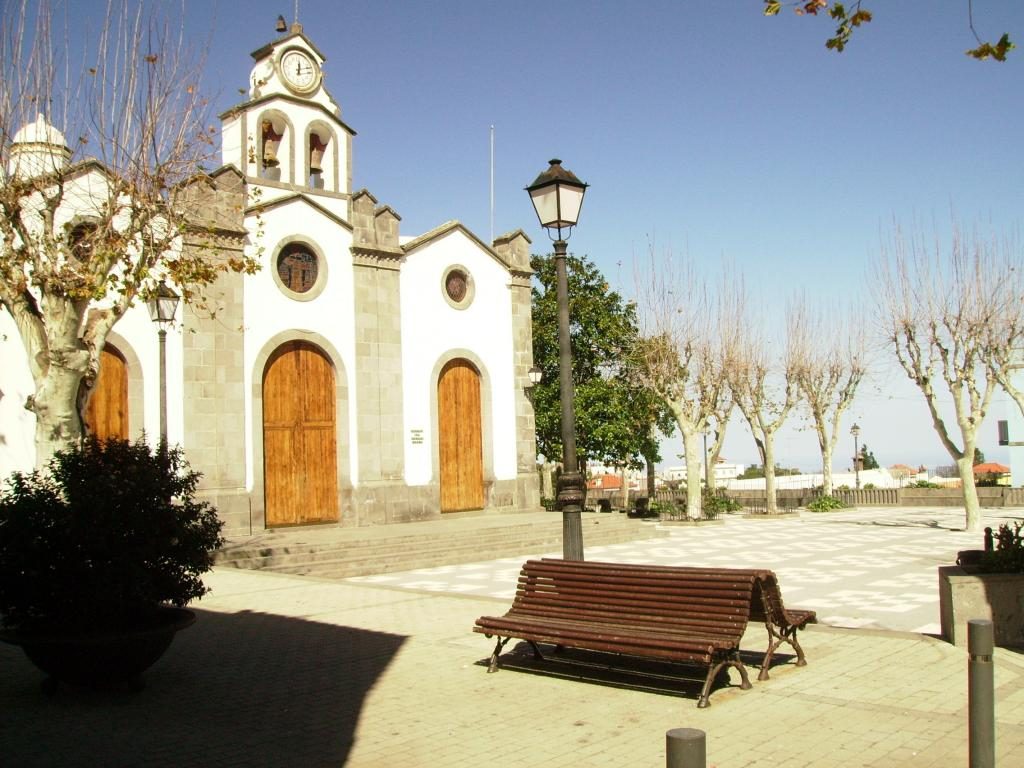 The Temple of San Vicente Ferrer, of simple construction, is the oldest building in Valleseco (1898), highlighting in its interior the pulpit and coffered ceilings made in the Mudejar current. It is also noteworthy for its antiquity and construction, the Cushillo de Animas and the San Vicente Ferrer and some of its images of great historical and artistic value, which come from the old hermitage predecessor of this church. A reliquary containing a piece of bone from the saint’s arm is also venerated. Its greatest relic, however, is a German organ of the eighteenth century, whose origin was the Church of Pino de Teror and which has been recently restored, restoring all its beauty and the ability to enrapture us with its melodies. 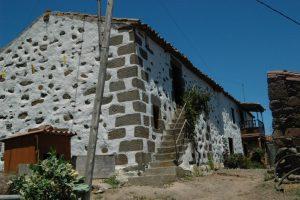 Valleseco town ship possesses an important traditional rural architecture heritage, linked to agricultural exploitations that are scattered across the region or in small groups. For example,a cluster of houses located in Monagas are striking because they are carved into the landscape. Another group of houses in the area of Valsendero stands out and is scattered throughout the area of Caserón, Zamora or Troyanas. However, the nucleus that owns buildings with aesthetic values of consideration is Vallesecoold town. These buildings form the original founding nucleus of the village. Here we find buildings with traditional typological elements, as well as unique elements such as the Church of San Vicente Ferrer built in 1898, and the town park, which has endured over time with considerable conservation, without major alterations of shape or form. Other singular elements stand out in Valsendero, such as the Church of San Luis Gonzaga (1,925) and the Silla en Caserón Hermitage (from the 1850s). 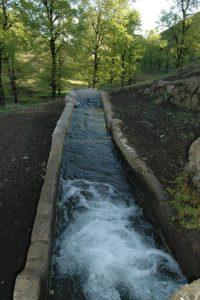 The town’s main ethnographic elements involve the use of water (ditches, ponds, laundry areas, mills, wells or galleries) and farming holdings (houses, corrals, caves or barns). Water being one of the main riches of the municipality of Valleseco, from very early on different ditches were constructed to transport water from galleries or dams. The most important ones that are still preserved are Acequia de la Cumbre, Acequia de Crespo or Acequia Honda.

Along its journey, different elements were built for the people’swater use. The pillars were common outlets from which all the neighbors were supplied, while the fountains were natural springs of water. 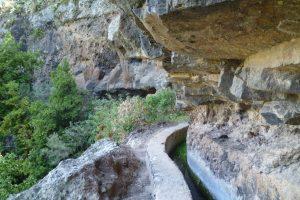 The washrooms were made of stone and they could wash clothes or take a certain amount of water with pots for the use of the neighborhood. Even today they are still used daily by women. It is not the same with the old mills that had been distributed along the Acequia Honda, belonging to the Heredad de Aguas de Arucas y Firgas (owners of water rights), of which only a few vestiges remain 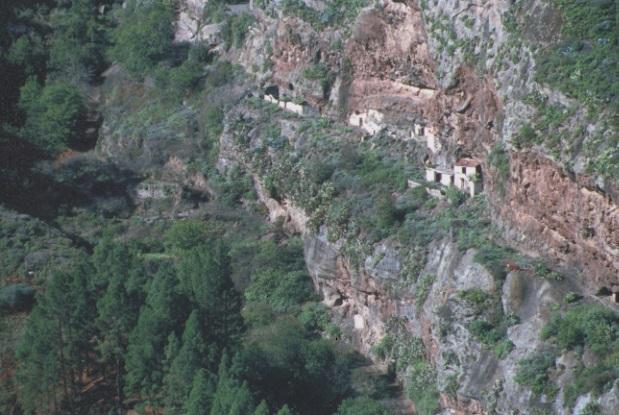 The town of Valleseco does not present great archaeological values, however, there are several sites: Las Cuevas del Andén, Las Hoyas, El Maipey and El Tablero. Cuevas del Andén and Las Hoyas are two sets of natural and artificial caves that have been converted into dwellings and for keeping livestock. These are very altered, and although they could be aboriginal, there is no available evidence remaining. They are very close to each other in the Barranco del Andén area. The Maipey is a grave mound located on the track that climbs from Valsendero through the Barranco del Andén to the Cortijo de Crespo, near La Montaña Pajarita. According to oral sources, when a track was opened in the area, human bone remains were found when a cairn was destroyed. Currently neither archaeological structures nor remains are located, as the area has been altered considerably. 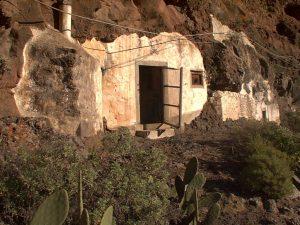 In the area of El Tablero in Caserón is located a rock carving located on the corner stone of a wall belonging to a historic building annexed to a traditional house in this neighborhood, with incised reticulated motifs. The time in which it was carried out has not been determined. Currently, the Heritage Service of the Culture Area of Gran CanariaCabildo is updating the town’s archaeological charter.